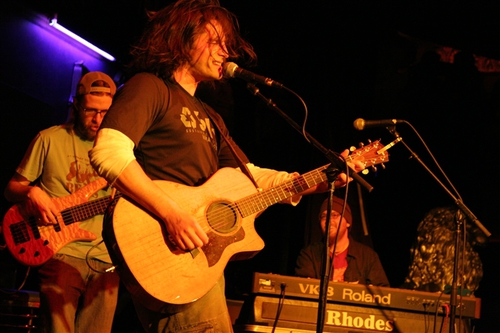 Adam Ezra is an extremely passionate musician and songwriter. Drawing from his experience of living out of his van, farming in Canada, doing relief work in Kosovo, studying in South Africa, working as a kitchen hand or carpenter, teacher, lacrosse coach, or world traveler, Adam manages to cram it all into the music, always challenging our perspective and often teetering somewhere between the ballsy rocker and sensitive poet

The Adam Ezra Group devotes a good deal of time to community outreach and activism. Their recent schedule is highlighted by spots at the environmentally conscious Rothbury Festival along side Dave Matthews Band and John Mayer, Boston's Earthfest and the Download Festival. Emerging out of Boston, the group's live performances have made them a staple in the Northeast and are continually growing their fan base nationally


"Adam Ezra can write an indelible song from basic folk to classic-rock material...just try to get the melody out of your head." - Boston Herald
"Boston's new voice in acoustic rock"- Boston Phoenix

We are excited to announce that out artist, Shun Ng, has been nominated for his third Boston Music Award - International Artist of the Year!!

Also, two of our team members have been nominated for awards - Holly McGarry's band Honeysuckle and Ian Jones' band Grey Season have both been nominated this year.

Congratulations to everyone who has been nominated this year! 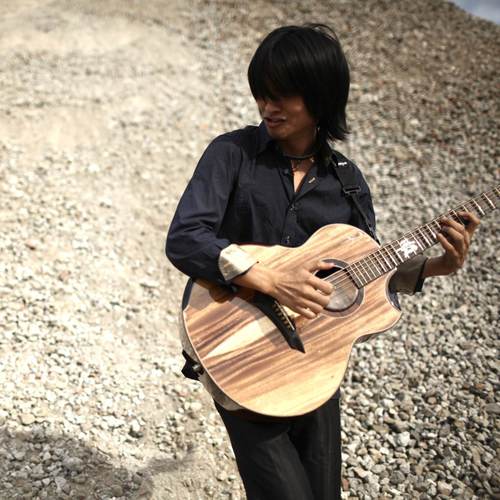 Shun Ng, one of my clients, has signed with booking agent Shaun Hague of Supreme Entertainment!

After over a decade in the music industry, Shaun Hague has carved quite a path on all sides. Hague has played the part of Touring Sideman (Kenny Wayne Shepherd, John Waite), Writer (Acoustic Guitar, Fretboard Journal), Talent Buyer (Saint Rocke) and the agency world (Monterey International). Now as an agent for Supreme Entertainment Artists, Hague is the RA for many talented acts such as Pat Travers, John Waite, Mike Campbell (of Tom Petty & the Heartbreakers), Freedy Johnston, Meiko, Marie Digby and Shun Ng.

Born in Chicago, raised in Singapore and based out of Boston, Shun Ng (pronounced 'ing') is a fingerstyle guitarist, vocalist and acclaimed international performer known for his unique and virtuosic style which infuses elements of Soul, Funk, Blues and Jazz. Shun dazzles audiences from all over the world with his flamboyant technique, soulful vocals and hypnotic groove. Today he stands as one of the most dynamic and innovative performers, winning accolades from legendary producer, Quincy Jones to fellow fingerstyle virtuoso, Tuck Andress.

"I was dazzled by his technique and captivated by his guitar grooves. Shun's music has that special quality, the dream of all musicians, the natural ability to touch the heart of the listener."
- Tuck Andress (Tuck & Patti)

A year ago, Shun played a sold out show hosted by one of his biggest fans, Quincy Jones, at the Eli Broad Stage in LA. "When you see Shun Ng, you won't believe your eyes nor your ears - he belies all stereotypes, all premonitions. I was simply blown away by both his soul and his science - his creativity and his uniqueness is astounding."
- Quincy Jones

Highlights of his touring have been several sold out shows in his former country of Singapore and Malaysia, a run of five shows at Biscuit & Blues in San Francisco. After his APAP showcase and Rockwood Music Hall show in NYC, Shun played at The Opera House in Boothbay, ME, The Center for the Arts (TCAN) in Natick, MA, and Tupelo Music Hall in Londonderry, NH and has a sold out 2Cellos show at the Berklee Performance Center in Boston, MA in May.

Witnessing Shun's one-man band performance live is an unrivaled experience that is not to be missed. 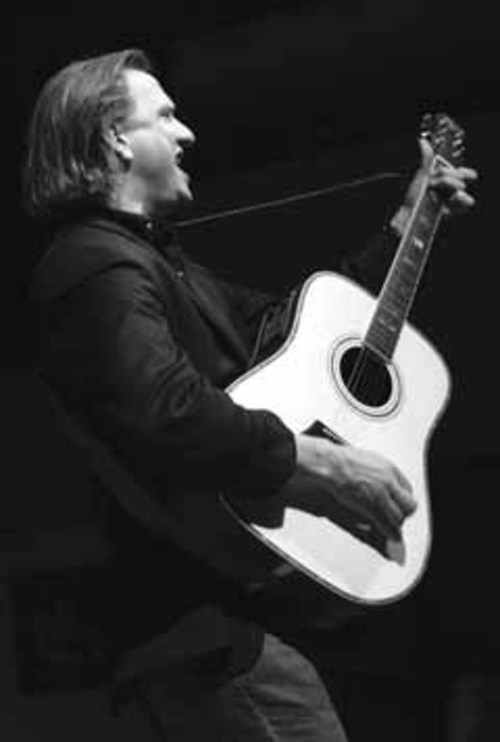 "Boston singer-songwriter Ellis Paul has been composing folk music since 1993. Since then, he’s worked his way to the forefront of the local and national music scene with 15 studio albums and another set to release in 2012. He frequently collaborates with Kristian Bush of Sugarland and toured with the Grammy-winning country band for the second time this summer, and he’s a favorite of the Farrelly Brothers, who have featured his music in their films “Shallow Hal” and “Hall Pass.” This month, Paul wraps up his 20th year making music and sat down with Where to reflect on his career, folk music today, and the fact that he’s just as busy as ever." - Leigh Harrington, Where Magazine 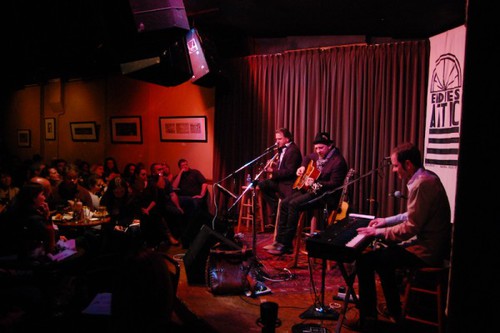 "Last night, Kristian played his annual Thanksgiving solo show at Eddie's Attic in Decatur, a longstanding tradition performed this year alongside singer-songwriter Ellis Paul. The pair traded songs -- many of which they'd written together -- and told stories of their twenty-year friendship over two shows and close to four hours of music, as the other half of the Bush Brothers, Brandon, contributed accompaniment on piano and accordion." - Sugarlandmusic.com

Read the rest of the blog entry about Ellis and Kristian's show here. 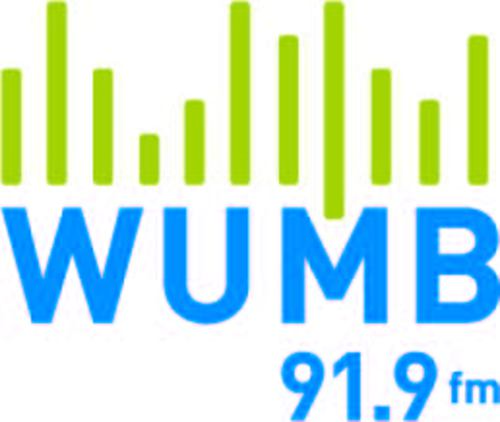 "You voted -- and we’ve tabulated the votes - all 3,514 of them from 31 states and 6 countries! Ballots were submitted from September 1 - November 7, 2011. Several hundred performers received votes, and several performers have made it to this list for the very first time!" - WUMB.com

Three years on from her excellent 'Big Dream Boulevard', Antje returns with a new album that is destined to see her rise to the top of the current singer/songwriter scene.

One of the few criticisms of the previous album was that the production was a little too much in places, but that is remedied in some style 'The Near Demise of the High Wire Dancer' which sees Richard Shindell in his first role as a producer. Bringing Shindell to the songs has given the whole album a more gentle, flowing and relaxed feel that suits her though provoking, occasionally dark songs perfectly. These are essentially understated songs that show real insight into social and personal situations, and the lightness of touch in the production helps the lyrical insights land their punches with the listener. The strength of the lyrics is accentuated by Antje's distinct vocals, there's a youthful innocence in her voice that is immediately disarming and easy to listen to.

As well as producing the disc, Shindell's presence is felt on many tracks in the form of immediately identifiable instrumental and vocal work, and the disc also features the talents of Lucy Kaplansky, John Gorka and Victor Krauss.

While her very early self released discs demonstrated her writing talents, the songs here show her development into one of the best contemporary writers around, at times very reminiscent of Patty Griffin, the ten songs here are all excellent, in particular the beautiful 'Long Way', the Griffin-esque opener 'Vertigo', and 'Ragdoll Princes and Junkyard Queens' the most upbeat song on the album.

'The Near Demise of the High Wire Dancer' really delivers on the obvious promise of her previous albums, and the pairing with Shindell has brought the songs alive by taking away the unnecessary in instrumentation and letting her vocals and lyrics speak for themselves. A beautiful album, full of great songs.

The Alternate Root review of The Day After Everything Changed

The Alternate Root review of Ellis Paul's latest release:  The Day After Everything Changed