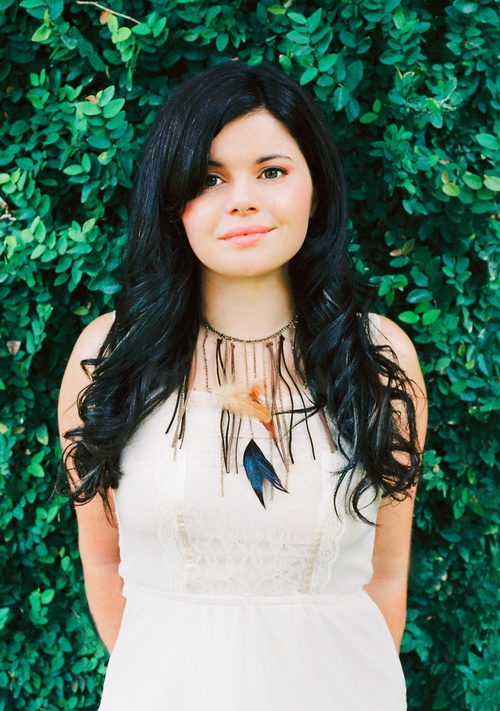 4.5 Stars - Quite simply this is a wall-to-wall folk/pop delight.

I clearly recall first hearing the album opener during a 2010 Kerrville Folk Festival In-The-Round that featured a quartet of New Folk winners and finalists, including Rebecca. During that performance, Raina Rose proved beyond a doubt that girls can play lead guitar. There’s an obvious and wicked twinkle in the eye of the sassy Darlin narrator- sic: ‘The smell of your beard in the morning’ - as she recalls, instantly being transformed from introvert to extrovert - ‘Next thing I knew it was skipping’, out on the pond, skinny dippin’ - whilst the lyrics is neatly wrapped up by the repeated ‘What did you to my (pause) heart.’ Of course, what made me truly smile was the ensuing aside: ‘When can you do it again.’ Sever has gone for a ‘everything including the kitchen sink’ approach on Darlin and it succeeds in spades.

On this set, Rebecca has hook-laden melody nailed down, and replete with a Mariachi interlude that’s clearly evidenced by the ballsy title song. The allegorical Swallowed by the Sea concerning her life in the music business was penned during her participation in the first Stateside season of The Voice. Loebe possesses one hell of a set of pipes and on High & Lonesome, her voice ascends to the stratosphere and then gently settles back to terra firma. The latter is a treatise with a twist - namely, love and less-than-luxurious hotel rooms that are a road warrior’s lot.

At almost six minutes duration, the sublime Georgia - replete with mention of the state’s prevalent ‘magnolia and pine’ - is this album’s longest song, wherein the deceased narrator contemplates reincarnation with: ‘Heaven send me back to Georgia.’ Death is also very much present in The Chicago Kid. The album’s only cover song is Joan Jett’s Bad Reputation: Mercy possesses a confessional feel, while the penultimate, keyboard propelled I Will Wait is a love ode.

Featuring Raina’s lead guitar and harmony vocal, Vagabond Prayer brings the album to a gentle close with the road warrior deliberating on the subject of home. An infectious air of unshackled abandon pervades this folk/pop collection. CIRCUS HEART is a wonderfully wayward tonic and more fun than a bag of monkeys, and that’s a fact.