The lessons of those who have gone before 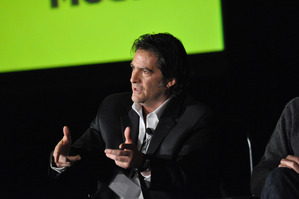 This "Ask a Manager" is a blog of lessons, little bits of wisdom, and stories of the personalities I have picked up from over 20 years in the trenches of managing artists, promoting shows, running a record label. Enjoy. Let me know what you think.


This business of music is changing almost daily. I am bombarded with new companies, blogs and slick new technology - it is hard to keep up. Often I turn off the clutter and lean on my reliable sources for the information I let come my way, experts I subscribe to on my computer screen or my phone line daily. I don't need to be THE expert, I just need to know where to find the experts I need.

When I got into this business, I had a few months of calling myself a manager under my belt when I called Tim Collins, the longtime manager of Boston's Aerosmith, arguably America's biggest rock band. Tim was on top of the food chain for managers and I just wanted to meet him, touch his garment and hope that something would rub off on me.

Tim was very generous of his time and we had a very nice, cordial meeting.

To my surprise, Tim called me the next day and asked me if I knew anything about a 200 capacity club in western Massachusetts, The Iron Horse. I did, and for the next 15-20 minutes I was able to download everything I knew about the club to Tim. He said "thanks" and we said good bye.

I hung up the phone and was amazed that I was able to help Tim Collins just months into this new career. So I called Tim back and said "Hey Tim, I just helped you" and he said "yeah, thanks" and I said "If I can help you, I"m sure you can help me out."

Needless to say, managing Aerosmith for almost 2 decades at the highest levels of the music business made me confident that Tim knew a couple of tricks about managing artists and while I was on a roll, I told Tim that "we should get all the Boston managers together to help each other out".

Many years later, it sounds a bit naive, and it was, but this conversation was the birth of the Boston Manager's group that is now still going strong after 14 years and with over 50 managers as members. With the birth of this group, I have my personal panel of experts I can contact to help me out of a situation that needs some extra finesse, and vice-versa.

As a manager, I need to be the leader of the Holy Crusade and I am supposed to know how to guide a career without question, the artist places their trust in my guidance. I need to be an expert.

This is quite a responsibility, sometimes it keeps me up at night, but often I relish in the wild west that is our business and the feeling of taking an artist up the food chain.

Where do I go for information? Often it is with lessons from people that have gone before me and blazed a trail that is still well traveled. It could be Tim Collins or John Lennon, or it could be Steve Jobs or Henry Ford.

Before the brilliance of Steve Jobs, there was a fellow named Henry Ford, who blazed a trail that changed the business world in a profound way.

When I was a kid I heard a story about ol' Henry that I recently ran across in a blog by a writer of all things marketing, Sean Rasmussen, an Aussie 'Success Communicator'. In this blog he wrote, it talks about my favorite Henry Ford story - he surrounded himself with smart, talented colleagues, just like Steve Jobs did. It takes a village, the manager should be the conductor of a talented team. Check out Henry's story it is a great one.

(from SeanRasmussen.com)
An Abundance Of Knowledge

An educated man is not, necessarily, one who has an abundance of general or specialized knowledge. An educated man is one who has developed the faculties of his mind in such a way that he can acquire anything he wants, or its equivalent, without violating the rights of others. Both Henry Ford and Bill Gates fall well within the meaning of this definition.

During the First World War, a Chicago newspaper published a number of editorials in which, among other statements, Henry Ford was called “an ignorant pacifist.” Mr. Ford objected to the statements, and sued the paper for libeling him. When the suit was tried in the Courts, the attorneys for the paper pleaded justification, and placed Ford himself on the witness stand, for the purpose of proving to the jury that he was ignorant. The attorneys asked Mr. Ford a great variety of questions, all of which were intended to prove, by his own evidence, that, while he might possess considerable specialized knowledge pertaining to the manufacture of automobiles, he was, overall, ignorant.

“Who was Benedict Arnold?” and “How many soldiers did the British send over to America to put down the Rebellion of 1776?” In answer to the last question, Mr. Ford replied, “I do not know the exact number of soldiers the British sent over, but I have heard that it was a considerably larger number than ever went back.”

Finally, Ford grew tired of this line of questioning, and in reply to a particularly offensive question, he leaned over, pointed his finger at the lawyer who had asked the question, and said, “If I should really want to answer the foolish question you have just asked, or any of the other questions you have been asking me, let me remind you that I have a row of electric push-buttons on my desk, and by pushing the right button, I can summon to my aid men who can answer any question I desire to ask concerning the business to which I am devoting most of my efforts. Now, will you kindly tell me, why I should clutter up my mind with general knowledge, for the purpose of being able to answer questions, when I have men around me who can supply any knowledge I require?”

There certainly was good logic to that reply.

That answer floored the lawyer. Every person in the courtroom realized it was the answer, not of an ignorant man, but of a man of education. Any man is educated who knows where to get knowledge when he needs it, and how to organize that knowledge into definite plans of action. Through the assistance of his “Master Mind” group, Henry Ford had at his command all the specialized knowledge he needed to enable him to become one of the wealthiest men in America. It was not essential that he have this knowledge in his own mind. Surely no person who has sufficient inclination and intelligence to read a book of this nature can possibly miss the significance of this point.

This is an important point. You do not need to know everything, you just need to know how to access the knowledge that you do require at various points in your life travels. It’s fairly obvious that you possess that skill, because somehow you landed here, surrounding yourself with a community of support for success and the access to knowledge for building prosperity. Not one of us here claims to “know it all” already, but we do claim the education to know how to access the resources that we need to succeed.