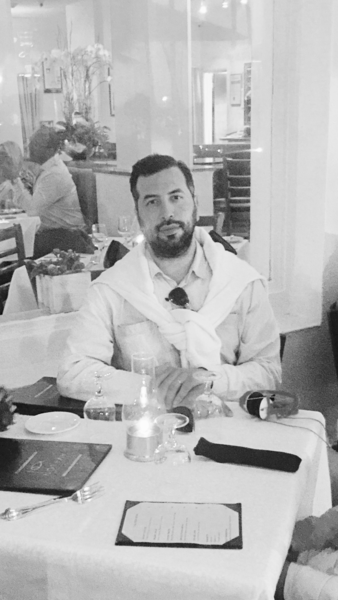 Jeremiah ‘Ice’ Younossi was reared as a true student of generation hip-hop. While growing up in Cambridge, MA, the home of Harvard, Patrick Ewing, Ben Affleck, Matt Damon, and the original House of Blues, Ice witnessed the 90’s urban east coast cultural explosion first hand. He regularly attended shows at local colleges and other marquee venues such as the famous Middle East Club in Cambridge’s Central Square. He was thereby developing an appreciation for the innovative and well produced live performances of many local and well known acts such as A Tribe Called Quest, LL Cool J, Mobb Deep, Nas and the Wu-Tang Clan.

During his junior year at NYU, Jeremiah landed an internship at Violator Management, a recognized leader in urban talent management. CEO Chris Lighty, along with younger brother Mike, quickly tapped his diverse talents and created a full time role for Ice within the touring and booking division at Violator. Ice quickly proved himself worthy of earning assignments of responsible in-house agent duties for the touring careers of clients such as NORE, Mobb Deep, Busta Rhymes and the Clipse.

In late 2001, Ice was paired with up-and-coming artist 50 Cent. Inspired by the grassroots success of 50’s street and online distributed mixtape series, Ice spearheaded the initial buzz-building tour in anticipation of 50’s debut Interscope album. This developed into a national club tour, a twelve month, one hundred plus city initiative that integrated a diverse set of venues from night clubs to theaters, ballrooms to university campuses, and even a few arenas. By early 2003, 50 Cent was rated as one of the year’s top grossing live music acts and Get Rich Or Die Trying was building a momentum that would lead to 10X platinum certification. From these successes Violator forged an additional alliance with Creative Artists Agency. Ice was again tapped by Lighty along with Violator partners Mona Scott and Todd Moskowitz to become a managing liaison reporting to both the urban-pop and marketing divisions lead by Dennis Ashley and Seth Rodsky at CAA in Los Angeles.

In 2005 Ice was offered the opportunity to launch his own independent talent agency in alignment with 50 Cent’s G-Unit Records organization. Specializing in global touring research, development and live music for the G-Unit Records Roster, this was the foundation on which Ice earned a reputation as a trailblazer for booking 50 Cent, G unit and several other premiere acts, both domestically and overseas in non-traditional territories including the Caribbean, Africa, the Middle East, Russia, India and Asia. The A-List Agency roster includes the iconic veteran duo of Mobb Deep (6x gold & 3x platinum, ’91-‘08) as well as 50 Cent’s star protégés Lloyd Banks, Young Buck, Tony Yayo and DJ Whoo Kid, and an eclectic roster of four young and talented Black American Musicians: Black Violin, Bad News Brown, Susan Cagle & Eric Lewis.

When he’s not brokering deals for his top-tier acts on the Global spectrum, Jeremiah ‘Ice’ Younossi is dedicated to developing his capabilities in talent representation while cultivating the careers and landscapes for the next generation of urban-minded artists.